The Transnational Institute (TNI), in cooperation with the Brazilian research centre CIDADE and the Latin American Programme for Distance Education in Social Sciences (PLED) is offering a free web-based course on Participatory Democracy, Urban Management and Crisis Capitalism. The course will begin on 10 September 2012 and will comprise a series of twelve weekly sessions.

We welcome applications from members of civil society organisations, social activists, government officials, and university students. The course will be hosted by the PLED virtual campus. The course involves a programme of lectures, guided readings, online forum discussions and individual assignments. For registration click here. The deadline for application is 31 August 2012. More information is available on request from: PLED’s Academic Secretariat: academica-pled@cculturalcoop.org.ar. Participation is free of charge.

Rationale of the course

In the context of the global crisis, the traditional institutions of representative democracy show clear signs of growing inefficiency in the management of the capitalist system. On the other hand, new political spaces and technological innovations for participatory democracy are emerging around the world. At the same time, the processes of citizens’ participation that had flourished in the nineties – and which had been originally supported by progressive forces as local alternatives to the policy of dismantling social programmes fostered by the neoliberals – are at a crossroads. In particular, this is the case of Brazilian-born participatory budgeting, which had reached regional and global recognition as a proposal emblematic of the creative potential of participatory democracy. In this context, a huge gap between rhetoric and practice is increasingly evident in many processes of participatory democracy, as the popular sectors do not always have access to the conditions required to expand their organizational capacities, strategic intelligence and capabilities for social pressure.

The current capitalist crisis shows that modern societies have reached a turning point, with real need for a change of direction both in economics and politics. In response to the new reality, there is a tendency among some social movements to develop what have been called integral actions, meaning a recombination of citizen-driven initiatives in diverse spaces: within and outside state institutions, at local, national, regional and global levels, involving different layers of government, all of which involves the creation of networks that go beyond the traditional and separate spaces of popular representation (unions, community organizations, student groups, etc..).

In the light of the new social reality, the course aims to promote a critical evaluation of the new experiences of participatory democracy and progressive public policy, integrating three perspectives of analysis:

a critique of the administrative monopoly of participation exerted by local governments (at the municipal, provincial or state level);
a critique of the existing contradiction between popular-democratic projects and the so-called new public management (NPM, in its many variants), which still prevails in the state apparatus in the new millennium;
a critique of the reduction in participatory democracy to a subaltern expression of representative democracy, freezing the evolution of the democratic state as a single and unquestionable entity.

Contents of the course

The course is structured around 12 modules, with special emphasis on the sources of popular power and public policies in the areas of urban planning and management, housing, environment and civic security.

3. From popular sovereignty to the exclusion of citizens’ participation. Discussion of an observed institutional shift in the last two decades, focusing on the outsourcing of public policy responsibilities to local communities and the private sector.

4. Public Space: a critique of the concepts of exclusion and segregation. An analytical reconstruction of the theoretical path of urban studies vis-à-vis the new processes of social and spatial segregation.

5. The collapse of urban planning in the big cities. A critical analysis of the dismantling of governmental urban planning and the predatory nature of life in large cities, with reference to the subordination of urban development to the interests of real estate capital.

6. The management of the commons, participatory democracy and capitalism. Discussion of environmental alternatives centred around citizens’ participation, considering the conflict between multiple social subjects in the urban space and the precariousness of the institutional process.

7. Urban violence, social movements and citizens’ security. A critical analysis of the sense of insecurity and fear among citizens, based on recent theoretical developments contributed by progressive criminologists.

8. Crisis of capitalism and inflection of the neoliberal project. A discussion of the structural limits of the global growth strategy based on the expansion of financial capital, the current crises, and possible alternatives to U.S. hegemony.

9. Capital-led direct democracy. A critique of the reduction of institutional politics to the mere parliamentary ratification of projects driven by the interests of large private corporations, as exemplified in the planning of mega-sporting events (e.g. the Olympics and FIFA World Football Cup in Brazil).

10. Social housing and mega-projects. An in-depth analysis of housing policies in the framework of the global capitalist crisis and the expansion of capital-led democracy in large metropolitan areas.

11. Progressive alternative to the ‚new urban governance’ approach. An appraisal of initiatives and experiences of workers and users engagement in managing and improving public services.

12. The emergence of a new paradigm in urban policy. Analysis of the new social, political and economic leading to the emergence and development of ‘integral social movements’ and their significance in political practice and public policy.

The course will be implemented simultaneously in Spanish and English. 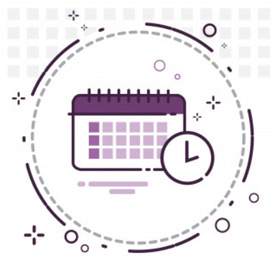